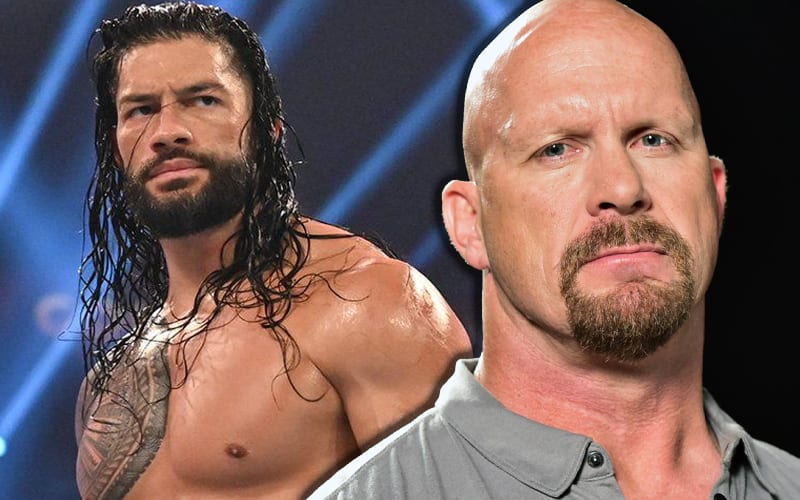 Roman Reigns is headed into yet another WrestleMania with a marquee match waiting on him. It’s hard to top The Tribal Chief’s accomplishments in the ring so far, but “Stone Cold” Steve Austin considers the Universal Champion a bit underrated.

While speaking to Wrestling Inc, Austin discussed some current Superstars that he would love to face in the ring. The Texas Rattlesnake’s in-ring career is over, but it’s hard to deny that a match against Roman Reigns wouldn’t be incredible. If anything, Austin considers Reigns a bit underrated.

“There’s a lot of guys I wish I got to do business with. There’s generational gaps, but you always have those fantasy match-ups. You see what a guy’s doing and you think, ‘I could have done something with that guy. We could’ve made something really memorable. I think [Roman’s] doing great work. He’s a great performer, and sometimes he’s a little underrated. He’s phenomenal.”

We’ll have to see how things shape up at WrestleMania. The current betting odds are actually against Reigns retaining his Universal Title at the show of shows. This could be another interesting chapter for the Tribal Chief as he continues his WWE career. Austin will certainly be paying close attention.