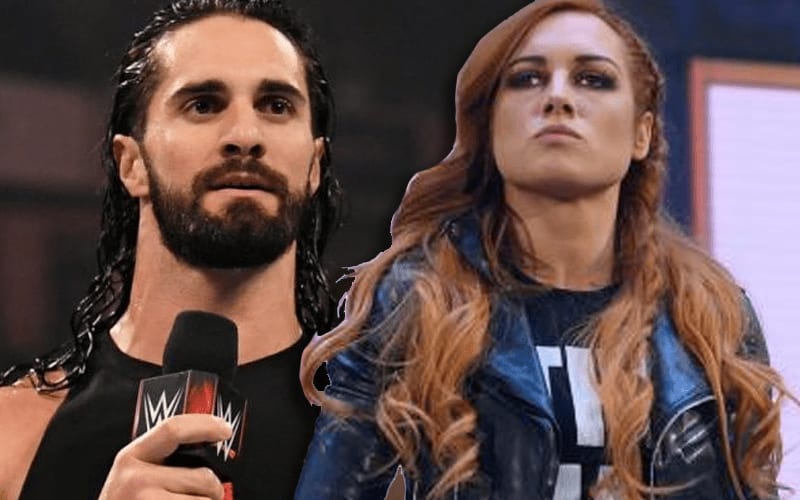 Seth Rollins doesn’t love the idea of social media. He has also gotten himself into trouble on a time or two because of what he’s posted online. That can sometimes cause him to want to delete the entire system from his life.

While speaking to Out Of Character, Seth Rollins revealed how Becky Lynch convinced him not to abandon social media. She told him not to delete the apps from his phone even though Twitter created a toxic environment in Seth’s own head.

“I hate social media — I really dislike it. I had deleted the Twitter app from my phone for a few months because, to me, it created a toxic environment in my head. As I was becoming a new father, I needed to not waste my time on that. It was actually my fiancée/wife who said, ‘You should think about it. I know you hate it and you don’t like being on the apps, but you should think about it,’ and I was like ‘ahhh.’ I looked around and no one was really doing it, so I said to hell with it and I’ll give it a shot and see what happens. The response has been pretty good so far.”

Seth Rollins will sometimes fire back at fans and create a new slew of drama for himself. That is thanks to Becky Lynch in a way. If it weren’t for The Man, then the Messiah might not have a Twitter anymore.