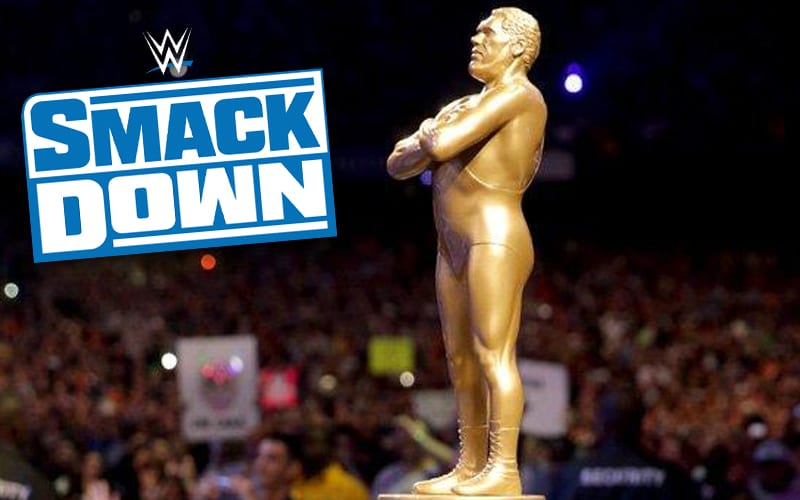 WWE is holding their planned SmackDown Tag Team Title match and Andre The Giant Memorial Battle Royal on the SmackDown before WrestleMania instead of during the biggest event of the year. They had a reason to make that decision.

During Wrestling Observer Radio, Dave Meltzer spoke about WWE’s decision to hold the Andre The Giant Memorial Battle Royal during the SmackDown before WrestleMania. They haven’t even mentioned the Women’s Battle Royal. It was said that WWE did this in an attempt to shorten the event.

“Yeah [it’s to get it out of the way] because I think they don’t wanna go more than 3 1/2 hours on both shows, especially since they’re starting an hour later than I expected. They’re starting both shows at 8 instead of 7.”

WWE has their reasons for every decision they make. In the end, it also comes down to what Vince McMahon wants to do. This year the yearly tradition of the Andre The Giant Memorial Battle Royal will not be on WrestleMania. We’ll have to see if it comes back to the main show next year or if it remains off the show of shows from now on.