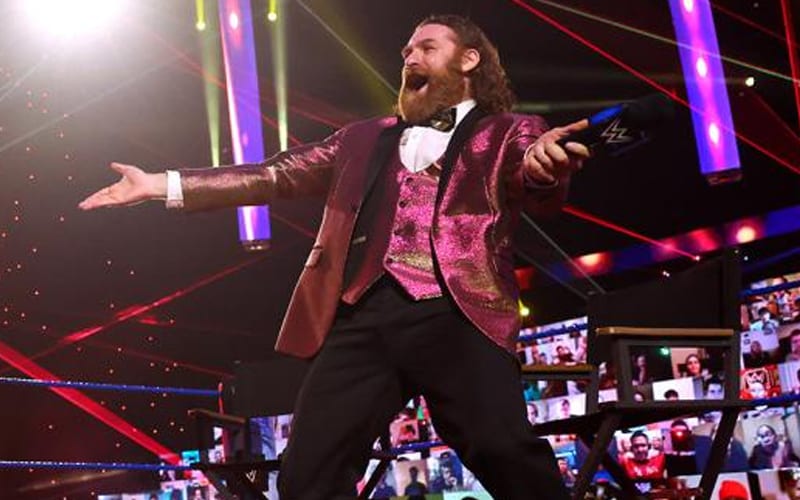 Sami Zayn really didn’t get his point across on SmackDown this week despite bringing in Logan Paul. The conspiracy theory is still going and Zayn seems frustrated that people are missing the point.

Zayn cut a rug to Logan Paul’s music as he made his way to the ring. This was captured by man fans and shared throughout the internet wrestling community. When Sami Zayn was a bit upset when he saw that this video was trending over the trailer to his documentary.

I am seeing many fans making these videos and I’m asking that you please focus on my documentary instead.

We’ll have to see if Zayn ever shows the real documentary. He certainly has enough of a hype trailer. Perhaps fans will get a screening at WrestleMania.