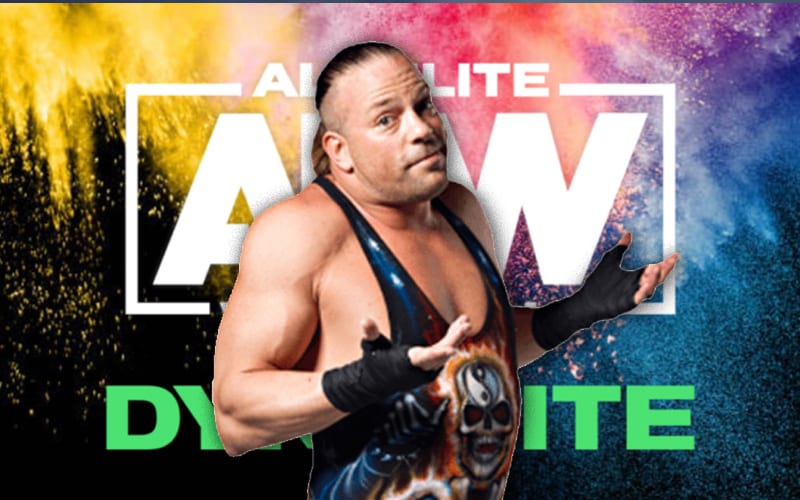 RVD is a WWE Hall of Famer now, but he is still open for business. That could mean that an AEW stint is in his future if they’re willing to cut the right check.

While speaking to ReelTalker.com, RVD was asked about wrestling for AEW. He watches it with Katie Forbes as she learns the business. The Whole F’n Show also admitted that the only thing that interests him about going to AEW is doing business, aka making money.

“I just always go with the flow of the universe. I’m always very happy with the way things turn out. AEW, I watch it sometimes, mostly to help Katie Forbes out. She’ll watch it, she’s up-and-coming, learning and I’ll point stuff out. There is nothing that interests me about going there, except for business.”

RVD had a similar outlook when it came to Impact Wrestling. He wasn’t emotionally invested in his last run because he admitted that was all about doing business. At this stage in his career, RVD has nothing to prove. So, he just wants to get paid. It’s hard to hate him for that.