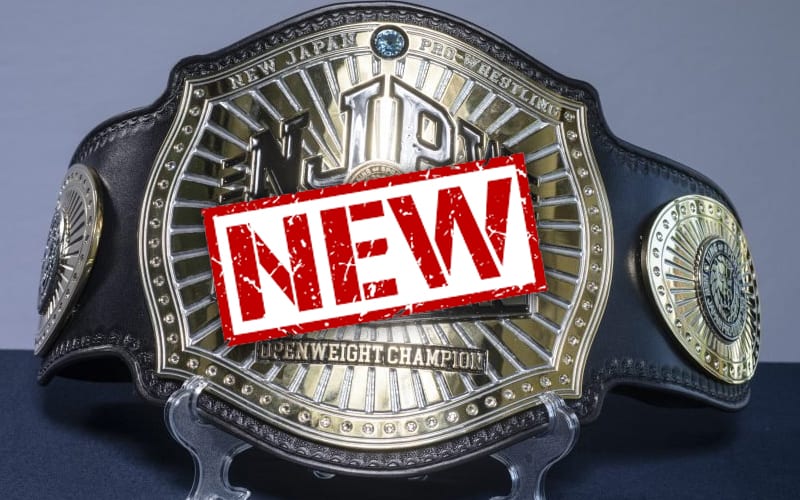 NJPW fans were pretty critical of the design that the company used for the IWGP World Heavyweight Championship. Now the company has another belt to show off that they’ve been working on

During the April 2nd episode of NJPW Strong, they revealed the new NJPW Strong Openweight Championship. This title has actually received more of a positive response since the unveiling

They hyped this new title belt on their official website while putting some big importance on it.

This Friday saw the Road to New Japan Cup USA 2021, and the reveal of just what each of the eight competitors in single elimination competition this April will be fighting for.

As the name suggests, the title represents the pinnacle of competition on NJPW STRONG on Friday nights, and will be contested for by wrestlers of any weight class. Things are going to get even more exciting going forward on NJPW STRONG; who of the eight in this year’s tournament will become the first holder of the gold?

We’ll have to see if NJPW has any more title belts to reveal in the future. Revealing two new titles in such a short period of time is a bit interesting for a company to do. Obviously, they are still building the future of the company and these titles will help accomplish that.

You can check out the new design below.