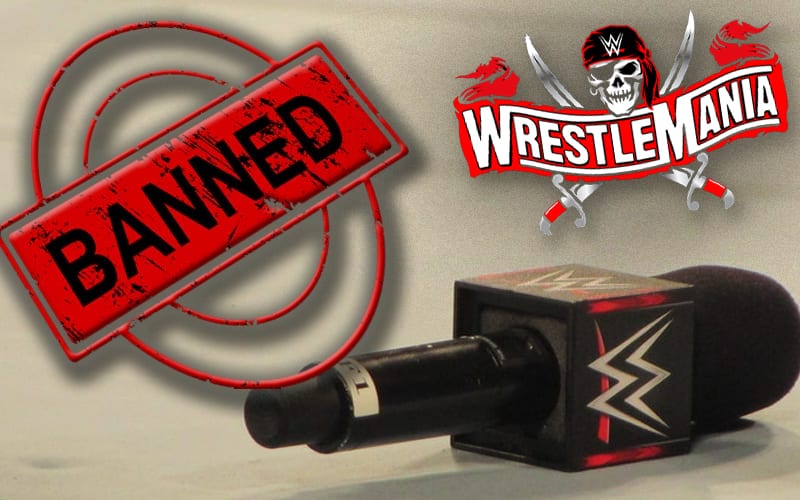 WWE makes sure that they maintain a certain public appearance. They are a publicly traded family-friendly company, after all. That means certain words are banned.

According to Fightful Select, WWE issued a list of banned words to their promotional partners ahead of WrestleMania 36. There were explicit instructions about how they want the event promoted.

There were also social media guidelines that instructed accounts to only reply to fans in the comments. They were also told not to mention rumors or speculation about the event.

You can find the list of banned words below.

We’ll have to see if those words accidentally appear as part of the WrestleMania coverage. Some of them are pretty obvious, but others make it very apparent that WWE wants to keep a very tight check on things.