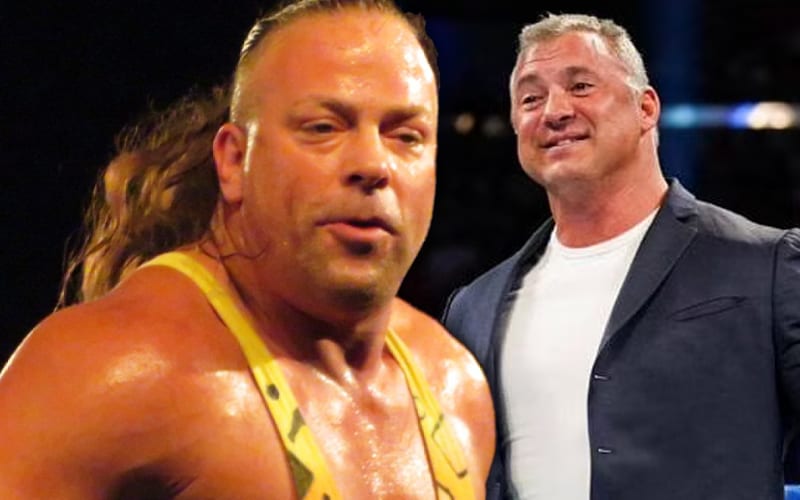 RVD is known for his high-flying pro wrestling style. Several of his moves have very unique names because he invented them, or at least made them famous. The VanTerminator move is a favorite of many fans. Shane McMahon also uses it, but he calls it the Coast To Coast.

While speaking with ReelTalker, RVD discussed how he felt about Shane McMahon using his VanTerminator move. He eventually quit caring that McMahon was doing the move, but it was Paul Heyman who gave Shane-O Mac that famous hardcore springboard dropkick across the ring.

I was told that Paul Heyman showed Shane-O a video of me doing the Van Terminator and asked him, do you think you can do this? And totally gave it to him. I can’t remember who told me that though, it might have been Paul himself. I can’t imagine who else would tell me that. That’s how that happened. After a while I quit caring, but that was way later. Now, I’m like whatever.

Shane McMahon is facing Braun Strowman in a cage match at WrestleMania. That match might present the opportunity for McMahon to find himself falling off of something very high once again. We’ll have to see if he also has another VanTerminator in him. It might be a cool way to honor RVD who is going into the WWE Hall of Fame this year.