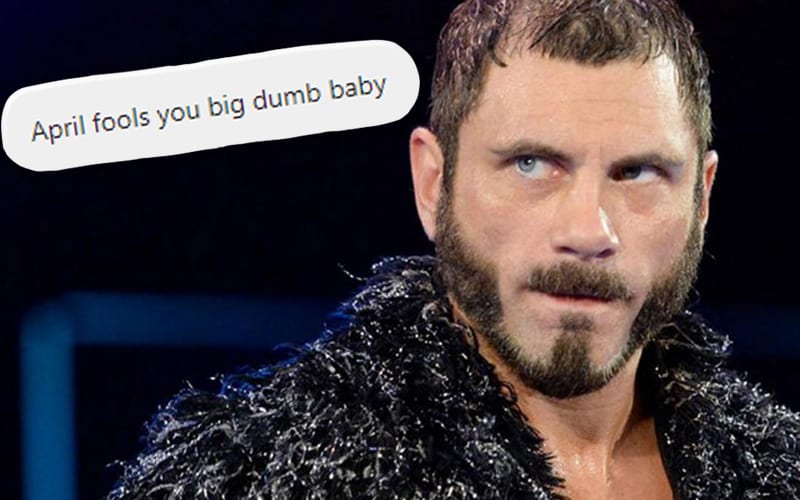 Update: Austin Aries has returned to Twitter as he declared April Fools on everyone else.

Mad Kurt uploaded a screenshot of a conversation he had with Aries. “Mad Kurt x April Fools x Austin Aries” was the only caption he needed.

This screenshot contained a very short conversation via DM. It started out with Mad Kurt saying that he tried to find Aries on Twitter, but he deleted his account. “I wanted to apologize for trolling you a few months back,” he continued. Then he claimed to have “grown a lot as a person since then.”

Aries replied by saying: “All good brother, water under the bridge. Hopefully it was a good lesson to you to respect those that came before you.”

Austin Aries isn’t on Twitter anymore, but his name keeps coming up. Mad Kurt’s tweet is receiving a pretty big reaction online, as it should.