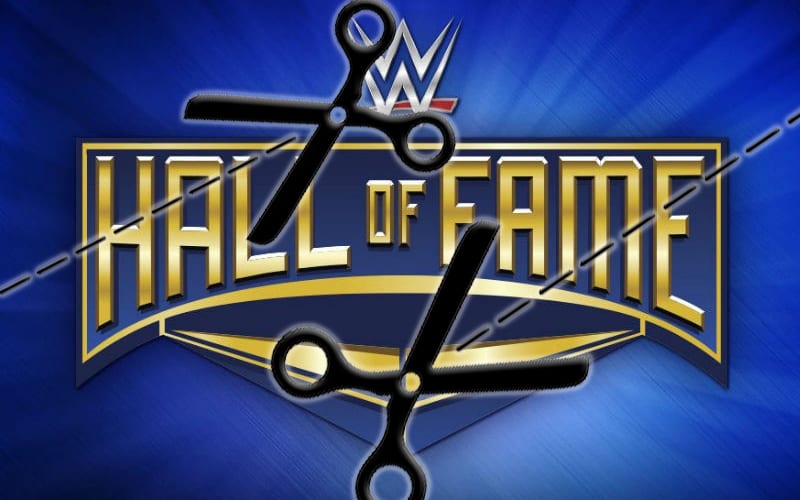 The WWE Hall of Fame was once an event that could stretch on long into the night. Legends had the microphone and could talk for a very long time. That changed this year.

During the Bella Twins’ podcast, they revealed that WWE made Hall of Famers trim their speeches to about three to five minutes each. This caused them to really cut down their planned speeches as Brie Bella revealed.

“We had a speech written, but then we realized it was too long because we’re only allowed to do our speech for three to five minutes. We wrote a 15-minute speech because usually, they are like, ’10 to 15 minutes’, then we found out they were like, ‘No, it has to be three to five minutes’. To do your Hall of Fame speech and take out that much stuff is really hard. We’re wondering like, ‘How do we condense this. What’s important? We want to thank all these people and tell stories’.”

The WWE Hall of Fame taped some of the ceremony yesterday. They will induct the class of 2020 and 2021 during the Peacock special that will air on April 6th. We’ll have to see if there are any notable edits, but those Hall of Famers needed to really cut down their time in the spotlight this year.