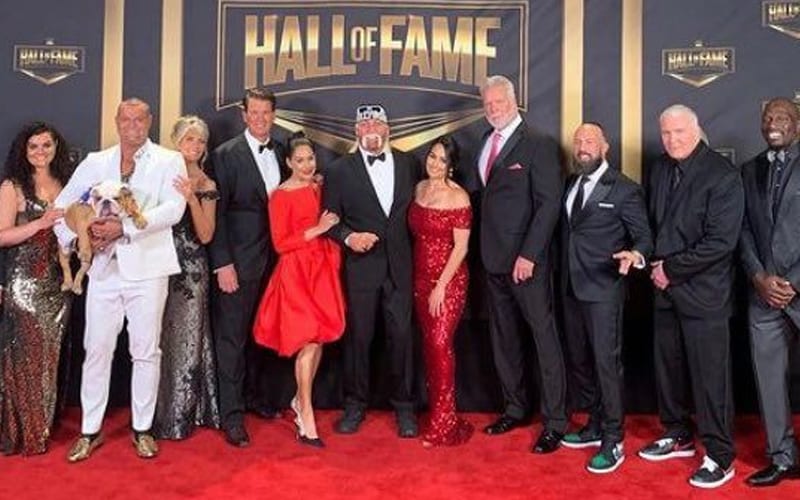 WWE’s Hall of Fame will air on Peacock on April 6th, but they got some of the filming out of the way today.

Filming for the 2021 WWE Hall of Fame started today. They only filmed a portion of the ceremony. It appears that they had quite a gathering as a photo has leaked of the group.

WWE will tape the second half of their Hall of Fame on April 1st. It appears that, although he hasn’t been officially announced, Titus O’Neil is receiving the Warrior Award because he was pictured along with other inductees.

This was a bit of a different kind of Hall of Fame ceremony than the kind that fans have gotten used to. At least they were able to hold one after nixing last year’s annual event.