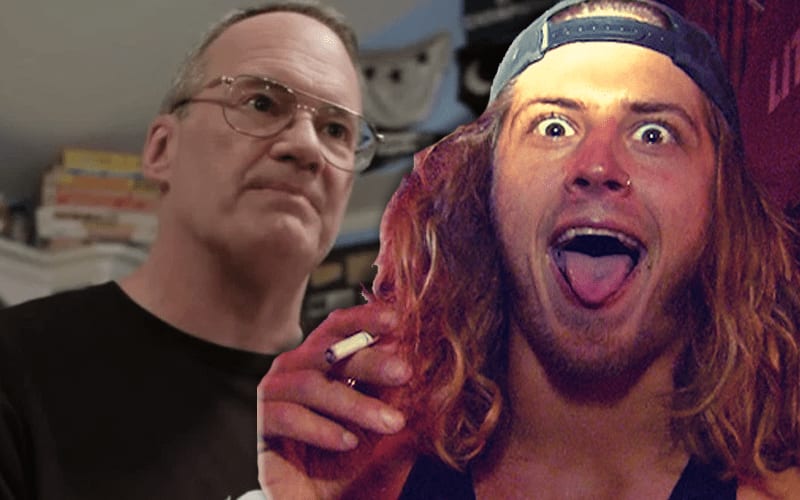 Jim Cornette doesn’t hold in his opinion, especially when AEW is the subject of the conversation. He recently fired a shot at Joey Janela after the Bad Boy hit a dangerous looking move.

One fan tweeted out an animated gif of Joey Janela from AEW Dark: Elevation. His opponent took a very rough looking move. This can captioned the video by saying that Janela put “the ‘death’ into Death Valley Driver.”

Cornette saw this tweet and he launched into dragging Joey Janela in a big way.

Jim Cornette and Joey Janela have a history of not liking each other. Odds are this tweet from Cornette won’t help mend their relationship. Then again, Jim Cornette has also probably written off the idea that Tony Khan will call him for any type of advice at this point, so he uses Twitter.