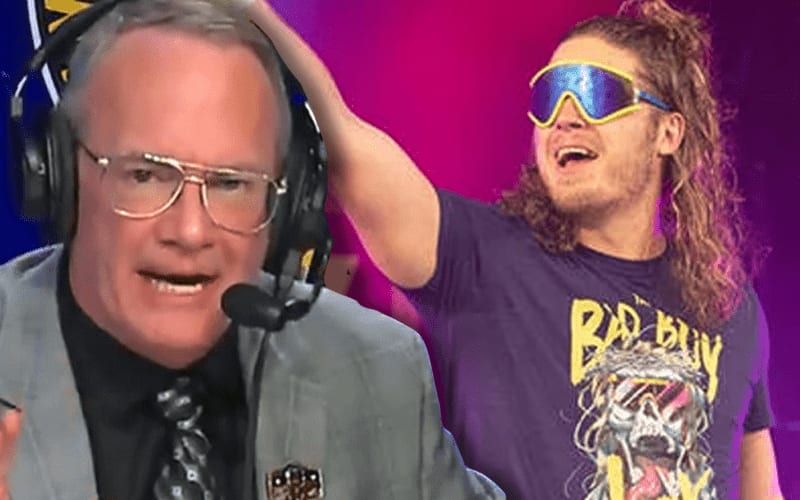 Joey Janela and Jim Cornette are not the best of friends. They have made no secret about their lack of appreciation for each other’s opinion about pro wrestling. Janela recently fired a shot at Cornette by using some flip flops.

Cornette didn’t like people producing “Clownette” t-shirts. He took them to court, but it didn’t end well for him. Now that design is apparently on more than just t-shirts.

Janela tweeted out a video where he couldn’t find his flip flops. The caption to his video said just that: “I couldn’t find my flip flops…” When he finally found those flip flops, The Bad Boy made sure to zoom in on the design plastered on his footwear.

Joey Janela was proud to show off his Clownette flip flops when he finally found them. It’s a good thing he located them, too. It would be a tragedy to lose flip flops that stylish.