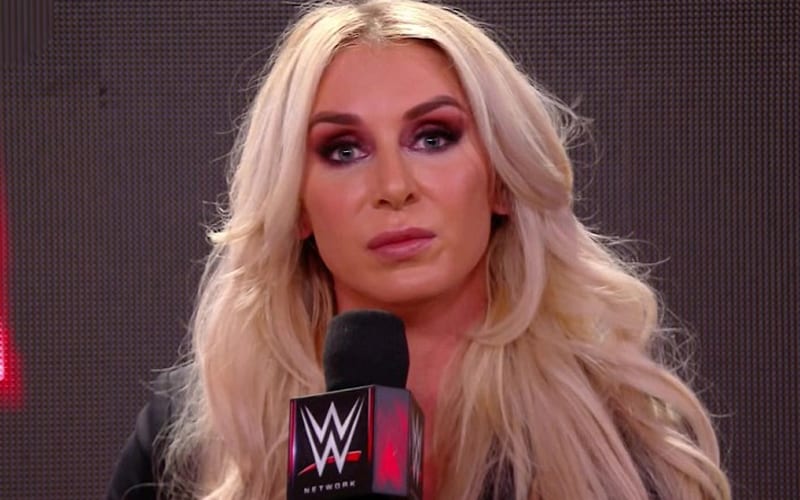 Andrade revealed in a recent interview with Lucha Libre Online that Charlotte Flair was pulled from WrestleMania because they said she was pregnant. She wasn’t really pregnant, but she did really have COVID-19 which caused her to stay home for a while. Now she is clearing up the story.

TalkSport received a statement from Charlotte Flair’s “Team.” They said that the story Andrade told is true, but there were some parts that were lost in translation. They also cleared up the exact details regarding how WWE conducted those tests and what they initially found.

What Manny said about the pregnancy test in today’s interview is true, but a significant amount of context is lost in translation and we’d like to clear that up as best we can.

A few weeks ago, Charlotte received a call from WWE medical telling her that her HCG levels had come back high and she was being medically suspended for pregnancy.

That day, she took several home tests that all came back negative. A few days later, blood work and ultrasound confirmed there was no pregnancy.

This put a lot in context for her, mainly how small a woman’s career window is. The men are able to work well into their 50s while the women are seen as “older” in their early 30s even. For an athlete in her prime, these years mean everything

Andrade has no non-compete clause associated with his WWE release. He is free to wrestle anywhere he wants as soon as possible. He will certainly miss having Charlotte Flair at work with him, but they are still very much together. The couple might have children in the future, but it’s not happening for them just yet.