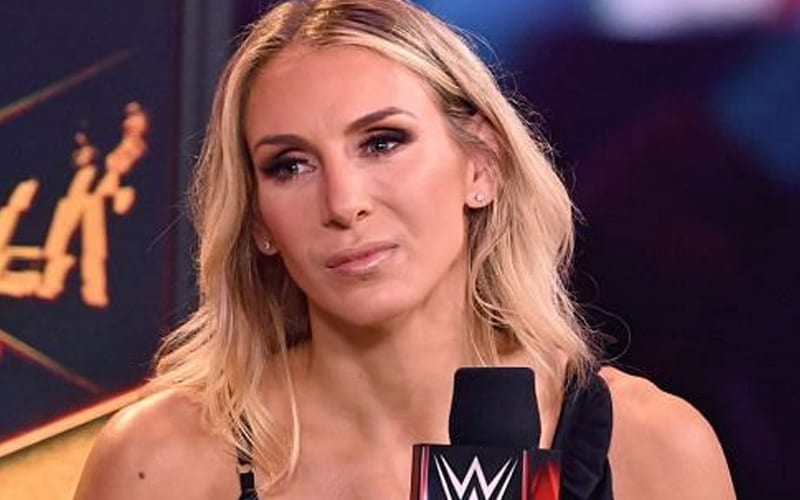 Charlotte Flair tested positive for COVID-19 and she was pulled from television. There was some thought that she might miss WrestleMania this year as well. One thing we know is that if she misses it won’t be because she’s pregnant.

In an interview with Lucha Libre Online, Andrade said that WWE pulled Charlotte Flair from WrestleMania because they said she was pregnant. Then they went to get a second test and it was determined that Charlotte Flair wasn’t actually with child at all.

In the interview translated from Spanish, Andrade said:

LuchaBlog also noted that, “Charlotte got pulled from WrestleMania because a WWE doctor told her she was pregnant.”

Andrade is no longer with WWE and he has no non-compete clause either. He will likely reveal a lot about his times in WWE, including some parts that the company might not want out there. This story about their doctor getting a pregagncy test wrong might be one they would want to keep a lid on.