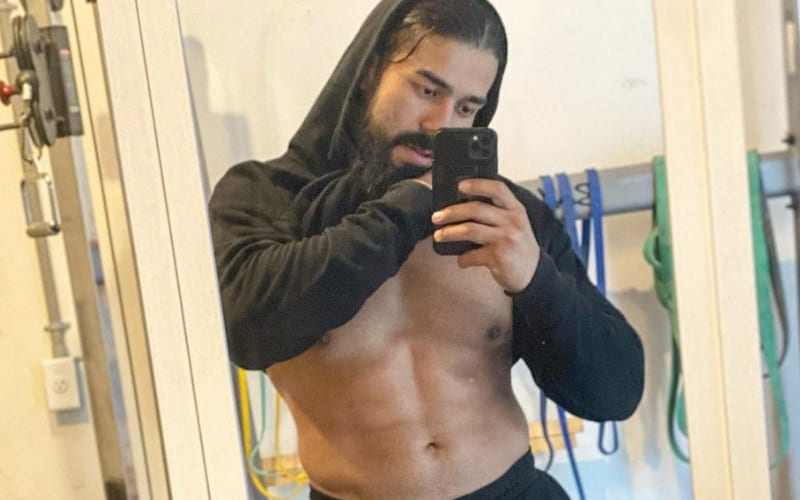 Andrade was granted his WWE release request after it appeared that the company might make him wait. Now El Idolo is free to work wherever he likes, because he has no non-compete clause.

The former WWE Superstar posted a mirror selfie on Monday morning to show off his ripped abs. While proving that he is still in prime condition, Andrade also included a cryptic bilingual caption.

He also included #NewAndrade and #RebuildingAndrade in that caption. It appears that he already has his eyes on the next phase of his career.

Andrade already said that he is in talks with another company. He didn’t reveal who he’s talking to, but there are a couple obvious choices out there.