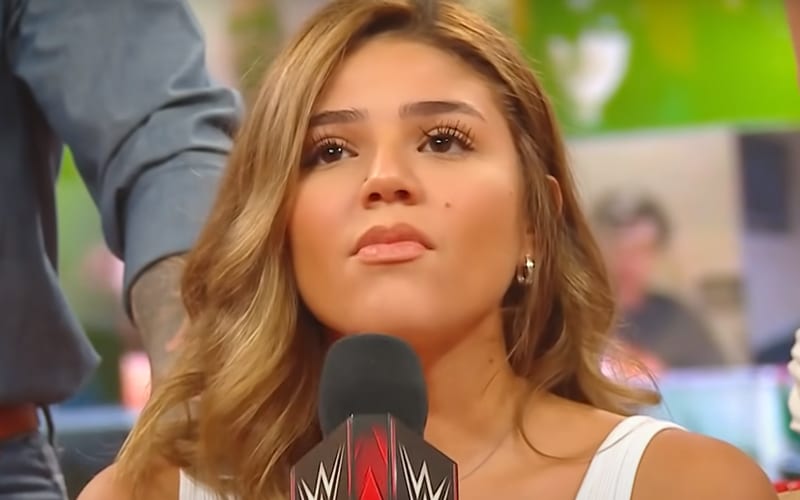 WWE booked Rey Mysterio’s daughter Aalyah and Murphy in a romantic storyline. They received a ton of focus near the end of 2020, but the couple vanished in December after they got together. That might not be the end of the story.

We previously covered Murphy’s frustrated social media messages. He even dropped bombs at Aalyah and the entire Mysterio family in one deleted post. This was later followed by a tweet to challenge Aleister Black at WrestleMania.

Ringside News asked around about Murphy’s tweets and we can confirm that he is legit frustrated. That should come as no real surprise. We also learned that Aalyah Mysterio is still on standby in a manner of speaking.

A tenured member of the creative team confirmed to us that Aalyah Mysterio “still doesn’t know if she’s finished with WWE or if she will be used.” The book is not closed on her participation in WWE’s storylines, but they have obviously taken a step back from the idea.

As Ringside News exclusively reported in October 2020, Aalyah Mysterio is not under contract with WWE. She was on a per-appearance deal.

WWE has a lot of options and they sometimes circle back to dropped ideas after WrestleMania. Aalyah Mysterio will continue waiting to see if she’s needed in the meantime.