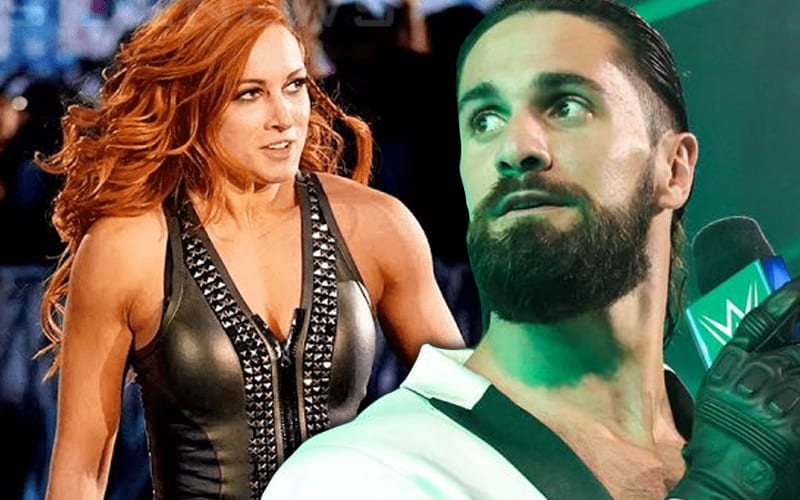 Becky Lynch has yet to make a return to the ring since leaving to have baby Roux. Seth Rollins and Lynch’s daughter is here and she kept in shape. The big question is when she will return.

While speaking to Dayton 24 Now, Seth Rollins was asked about Lynch’s return. He was pretty tight-lipped about it as he said he has to go home to his wife at the end of the day. He’s not giving out her secrets.

“What is with… [laughs] Do you have a wife, sir? Would you betray your wife’s trust for a television interview? Come on now, I would never, I would never, it is not a smart thing to do. You gotta go home to your wife. I gotta go home to my wife. I would never. All the respect in the world to you, appreciate the background, but there’s no way I’m going to divulge Becky Lynch’s secrets. Come on, come on. You’ve gotta be smarter than that.”

Seth Rollins also confirmed that he and Becky Lynch are married during this interview. That is interesting to note if you weren’t aware of it already.

We’ll have to see what happens when Becky Lynch’s return to the ring, because the road to WrestleMania is heating up without The Man coming around so far.