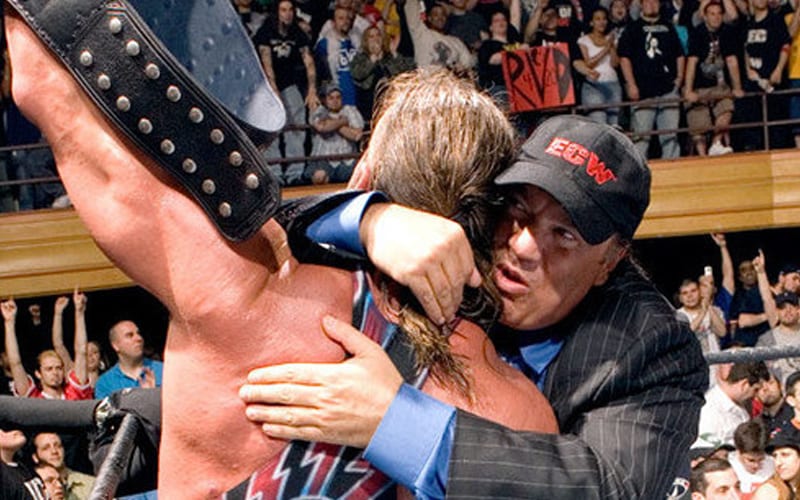 RVD is a true veteran in the pro wrestling world, having competed all over the world in various promotions such as ECW, WCW, WWE and more. There have been rumors that RVD will be inducted into the WWE Hall Of Fame.

Now it seems the rumors are only getting strengthened as someone very familiar with RVD dropped a major hint. Paul Heyman took to Twitter and stated that he appeared in a WWE Hall of Fame induction video.

Heyman didn’t name whose video it was, but he did Rob Van Dam’s signature pose.

I am not going to reveal whose @WWE#HOF induction video I just particapted in, but…

RVD and Paul Heyman worked together closely during their time in ECW and also WWE. It seems Heyman also seemingly hinted at the fact that he will be inducting RVD into the WWE Hall Of Fame. We will have to see if that ends up happening or not.