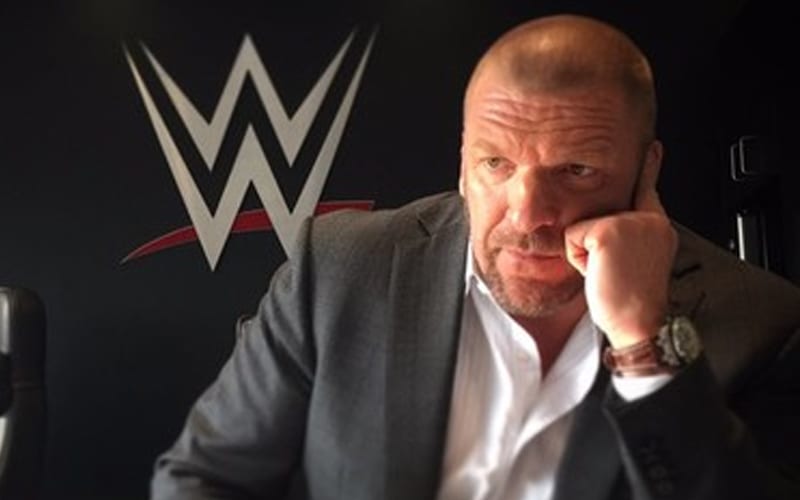 Triple H has a lot on his plate and it seems that he doesn’t have a lot of time for talking either.

It was reported by Fightful Select that Triple H has gotten into the “hard to meet with territory.” Vince McMahon is notoriously hard to get a meeting with and it seems that Triple H has followed suit. Triple H isn’t the only person who is hard to track down as a lot of WWE higher-ups are also difficult to catch.

One that has had experience in dealing with Vince McMahon has said that Triple H had hit the “hard to meet with territory” and that even some of the higher ups were difficult to get through to sometimes, but that Triple H had opened up a bit more in recent months. He’s been present at more Raw tapings than usual in 2021, as well.

Triple H is backstage at WWE events and he has been able to make more of those tapings because the location is more convenient.

WWE already has a plan of action in place when Vince McMahon can no longer perform his duties and Triple H is likely a part of that. Many people will have to perform the roles accomplished by The Chairman. We’ll have to see if Triple H gets even harder to schedule a meeting with when that day comes.