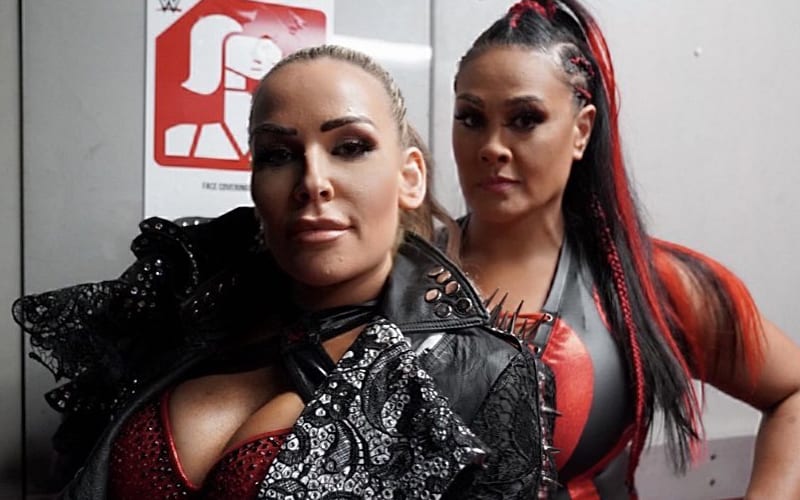 Natalya and Tamina want to make sure that everyone is on notice, especially the WWE Women’s Tag Team Champions.

The duo formed a while ago and they are starting to step up and take their opportunities. At this point, Nattie says that they have Nia Jax and Shayna Baszler “ducking them.”

The Queen of Harts sent out a tweet to provide a stern warning to all other women who want to test them in WWE. Obviously, they are not going to settle for sitting in catering anymore.

WWE could have a WrestleMania match in store for Natalya and Tamina. You can click here for that updated WrestleMania lineup.

We’ll have to see if Nattie and Tamina finally pull down the WWE Women’s Tag Team Titles. It won’t be for lack of trying.