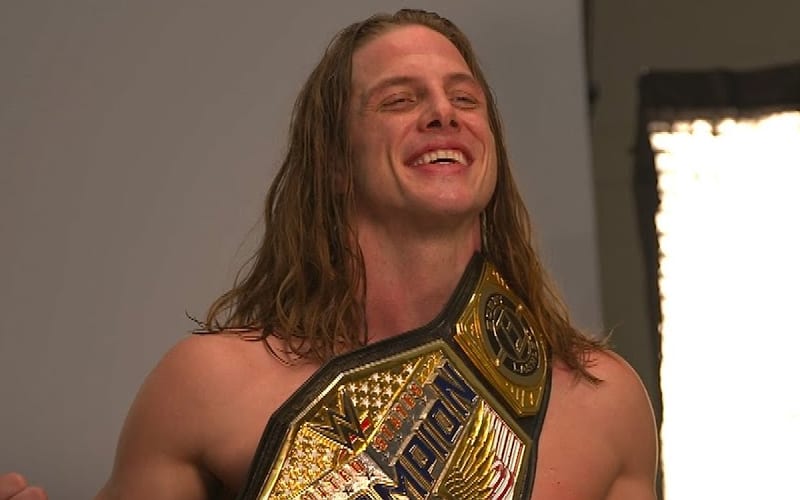 Matt Riddle won the WWE United States Title at Elimination Chamber, but that match saw a big change during the kickoff show.

Keith Lee was supposed to be in the US Title match, but he was pulled. The company needed a triple threat match situation because Lashley couldn’t take a pinfall to drop the title. He was already in line to become WWE Champion and couldn’t suffer a loss.

It was noted in the Wrestling Observer Newsletter that Riddle wasn’t originally supposed to win the U.S. Title. That championship was presumably going to Keith Lee. Since Lee was pulled from the match, John Morrison won a multi-man match during the kickoff show to get into that U.S. Title match and he took the pinfall.

Riddle’s winning the U.S. title was not the original plan. The booked idea for the three-way was for Riddle to lose the fall to Lee, as a way to get the belt off Lashley since they were moving him to the WWE title, and get the U.S. title on Lee. But Lee missed the show due to health-related issues and still hasn’t returned

Keith Lee is actively working on his WWE return, but it hasn’t happened yet. He addressed his absence and promised to reveal all in time. It’s not too late for Keith Lee to get involved in a WrestleMania match at this point, but he needs to return for that to happen.