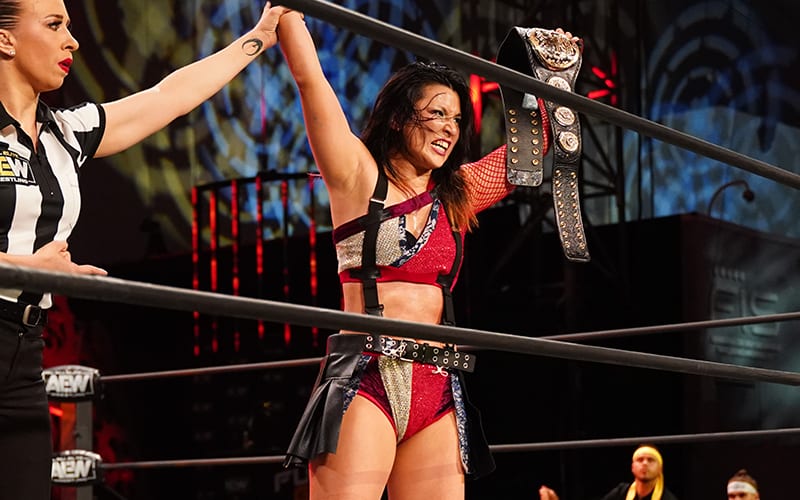 AEW has a lot of things going right now and they need to figure out new challengers for their titles following Revolution. Hikaru Shida is still AEW Women’s World Champion, but a new woman is about to step up to face her.

During Wrestling Observer Radio, Dave Meltzer noted that Hikaru Shida and Tay Conti are slated to team with each other next week. That union likely won’t last long because Conti is going to get her shot at the top title in the AEW women’s division.

“Eventually they’re gonna get to Shida and Tay Conti.”

WWE NXT released Tay Conti after she struggled for a long time to get noticed. Upon showing up in AEW, Tony Khan seemingly knew exactly what to do with her.

Tay Conti also has years of training at the WWE Performance Center under her belt, and she’s improved every week on Dynamite. It appears she is in line for a huge match. We’ll have to see if AEW gives her the title.