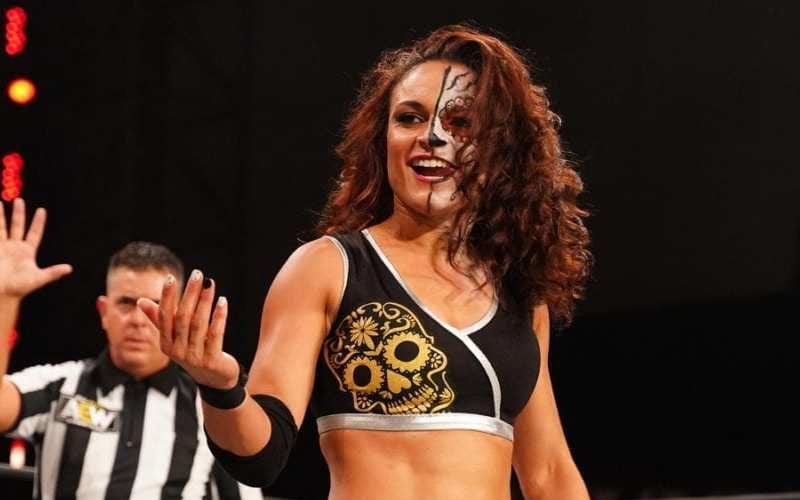 Thunder Rosa and Britt Baker made headlines in an unsanctioned match that Baker was “ready to die” in. Rosa isn’t under contract with AEW, but she does have a deal with the NWA.

The NWA has Thunder Rosa under contract until the end of 2021. The company was pretty much shut down throughout 2020 due to the pandemic. Rosa also has some possible MMA fights to take care of this year.

Fightful Select reports that Thunder Rosa is expected to continue getting bookings with AEW. She started appearing for the company in September and there wasn’t a conflict with the NWA since they weren’t running. She has been featured on numerous occasions in high profile matches since then.

We’re told that is slated to continue, and she’s at the set of Dynamite and Dark tapings today after NWA wrapped up their tapings this week.

The NWA will return with new episodes of Powerrr and they are set for a pay-per-view special to kick things off on FITE. Thunder Rosa will likely be a part of that programming, but don’t expect her to disappear from AEW television either.