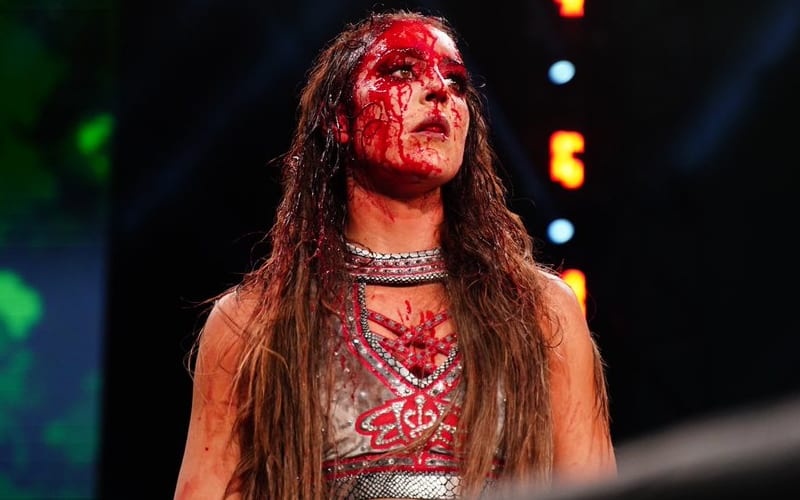 Britt Baker and Thunder Rosa tore each other apart in their unsanctioned match on AEW Dynamite last week. They made plenty of headlines, but Baker was ready to take it as far as she needed to.

While speaking to Oral Sessions with Renee Paquette, Britt Baker said that she was ready to “die” during her unsanctioned match. The pain was a bit scary, but that comes with the job. In the end, she was ready to go all out.

“So the nature of the beast of the unsanctioned match, yeah I was nervous, because it’s gonna hurt. There’s no way around it. I’m telling you, Renee, like I was ready to die. I’m like ‘let’s f*cking go!’ I was like I’ve been here from the beginning, like day one of AEW. I was the first woman signed. I’ve been through it all with the women’s division. ‘It sucks they’re not ready for TV. They’re this, they’re that.’ I felt like this was the opportunity to prove the legitimacy of the division and say ‘we do have a dog in this fight in women’s wrestling.’ I was just so motivated and I was so ready to go.”

AEW received a lot of praise for this unsanctioned match. Some fans didn’t like the image of women covered in blood in a pro wrestling, especially when WWE conditions fans who never see blood anymore in the first place.