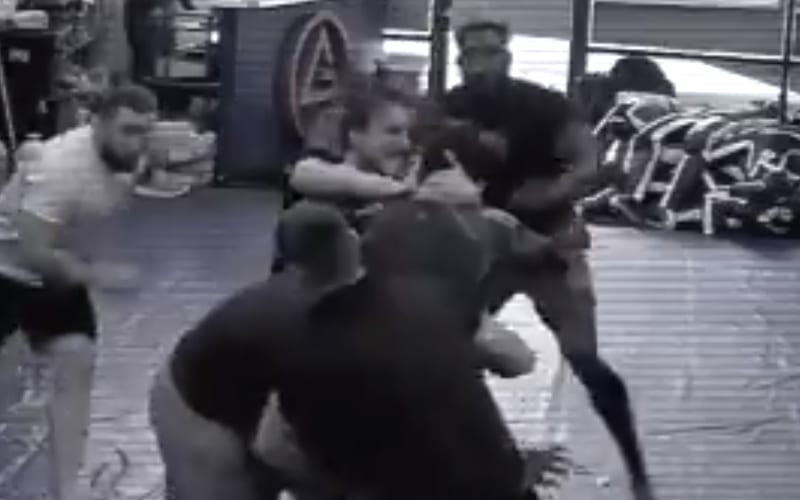 Adam Cole and Kyle O’Reilly used to be brothers in the Undisputed Era. Now they are at each other’s throats. New security footage has been revealed of a chaotic showdown between the two.

The footage shows O’Reilly in the dojo working on his MMA skills. Then Cole entered and walked up to O’Reilly while screaming at him. Kyle took Cole down and landed some shots before they were broken up.

WWE released this video along with the following message.

[email protected] vows “steps will be taken to settle this matter” tomorrow night on #WWENXT after receiving this video from authorities earlier today. @AdamColePro @KORcombat

We’ll have to see how this situation plays out on NXT this week. It appears that Adam Cole vs Kyle O’Reilly could be a match worth adding to the TakeOver: Stand & Deliver event.