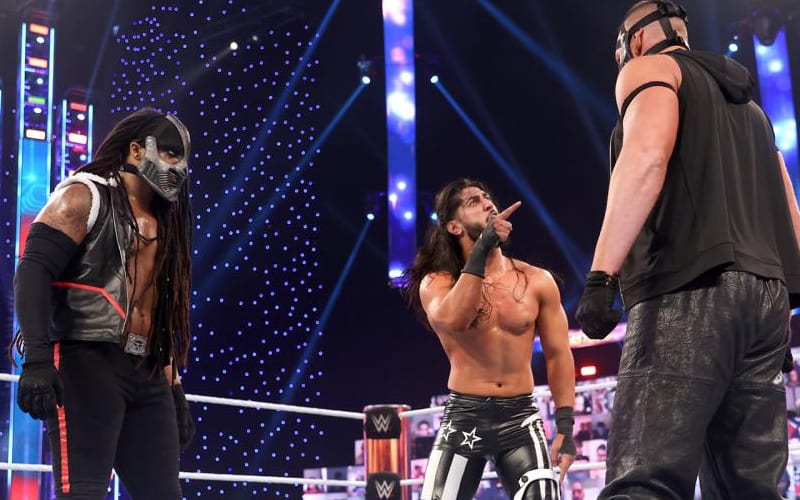 Retribution threw out Mustafa Ali during the Fastlane kickoff show. A lot of fans were excited to see what’s next for them, but they were absent from RAW the next night.

During Wrestling Observer Radio, Dave Meltzer brought up the Retribution stable. He said that things don’t look good for them right now and their chances seem to be very slim that they’ll be used in an big way.

WWE could always use T-Bar and Mace as a tag team. Reckoning hasn’t received hardly and chance to wrestle on the main roster and the same goes for Slapjack. The faction kicking out Mustafa Ali didn’t seem to carry over onto the next night’s show. That is certainly not a good sign at all.