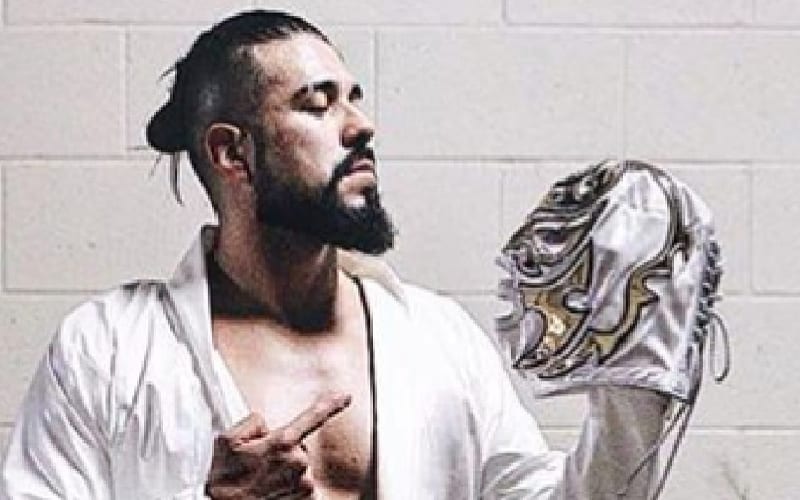 Andrade was finally granted his WWE release request on Sunday. That was great news for him, and even better news because he has no 90-day non-compete clause. He can perform anywhere as soon as he wishes.

Interestingly enough, Andrade filed a trademark for La Sombra and El Idolo at the same time that Charlotte Flair filed trademarks on Ashley Flair and The Queen of Wrestling. Andrade obviously still has La Sombra masks laying around his home.

We’ll have to see where Andrade appears next, and if we’ll be able to see his face. He can also use the Andrade name if he wishes, but WWE owns the “Cien Almas” part.