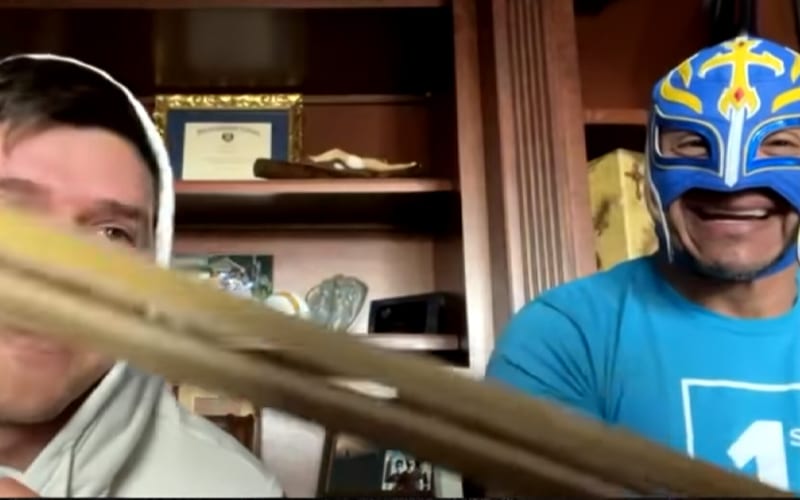 Rey Mysterio and his son Dominik are no strangers to kendo stick shots. Papa Mysterio even keeps one of those weapons in his office just in case he needs it.

During WWE Fastlane, the company aired a Watch Along show on social media. Rey and Dominik were at home, but they were together on webcam to watch along with fans. The conversation took a drastic turn when Rey Mysterio walked off-screen during a conversation about Dominik’s kendo stick assault.

Mr. 6-1-9 came back with a kendo stick and it didn’t take him any time to whack Dominik with it. It wasn’t the hardest shot, but it made a noise. Then Dominik braced himself for shot #2 like he’s been in this position before.

Perhaps Rey Mysterio keeps a kendo stick around just in case Dominik needs some extra motivation in his pro wrestling training. It was also very interesting that Mysterio showed the stick up close to the camera so you can see exactly how they make such a loud noise with those shots.

WWE was gracious enough to cut out the short clip from Watch Along and post it on their YouTube channel. You can check out the clip below.