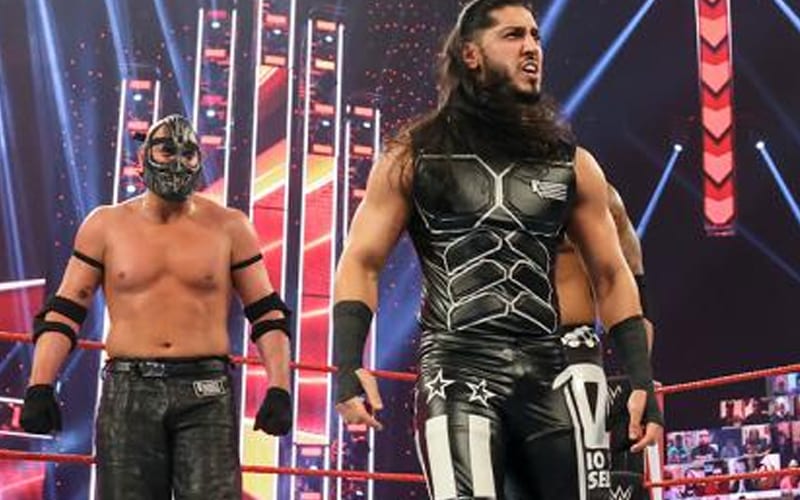 Retribution was WWE’s invading stable of heels, but they might not be together for much longer.

Mustafa Ali has berated his stable in recent weeks when they failed him and lost on RAW. This could have caused a rift in the stable.

Retribution member T-Bar has wiped his Twitter account clean. He previously had some great tweets, including a threat toward Soulja Boy.

T-Bar used to follow every member of Retribution, including Mustafa Ali’s “The Message” hacker account. Now it appears that he has even less friends. As of this writing, T-Bar only follows fellow Retribution member Mace on Twitter.

We’ll have to see if this is a sign that the former Dominik Dijakovic might be exiting the stable. It would be a hard blow for Retribution to lose their tallest member. You also never know what can happen on the road to WrestleMania.