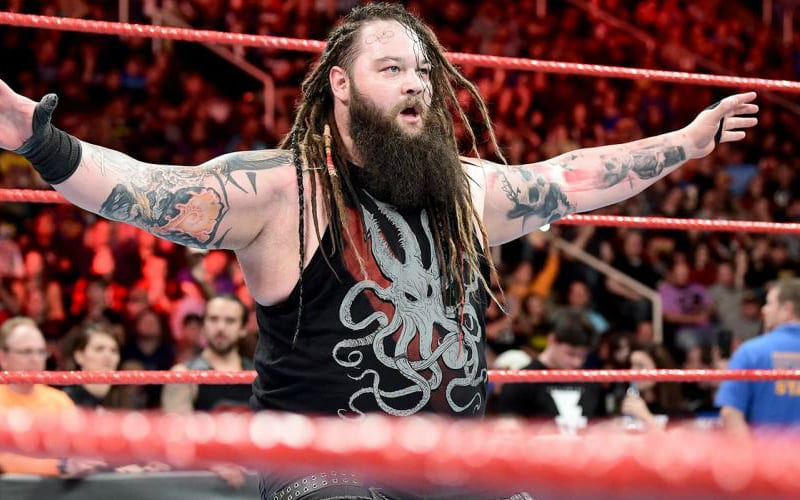 Bray Wyatt made his entry into the WWE Universe as he invited fans and Superstars alike to follow the buzzards. He never quite reached the pinnacle he could with that persona, but there is a reason for that.

During the ARN Podcast, the Enforce spoke about Bray Wyatt and what held him back from becoming a main event player prior to his Fiend persona. He had glimpses in the main event, but frequent losses held him back.

“He was scarier to me in just the Bray Wyatt role then he is in the monster role. I know what he can give you as a character, the promos he did as the Bray Wyatt character to me, was something we missed the boat on. You [should] not have beat him 10 pay per views in a row, there’s a thought.”

“No matter how good you are, you as fans realize after three or four pay per views in a row, the guys not a top guy. I thought he was but apparently nobody else does so I’m going to move on. That’s kind of the mentality and it’s a normal reaction, if the company doesn’t think you’re a big deal, why should [the fans]? I would’ve loved to see Bray as Bray and involved in something that had a personal issue like when he was with Randy and they had their run.”

Arn Anderson saw a lot during his time backstage in WWE, and he knows what held Wyatt back. Now Bray Wyatt is on another hiatus, but there are plenty of fans who expect to see him at WWE Fastlane as Alexa Bliss battles Randy Orton in a very interesting match.