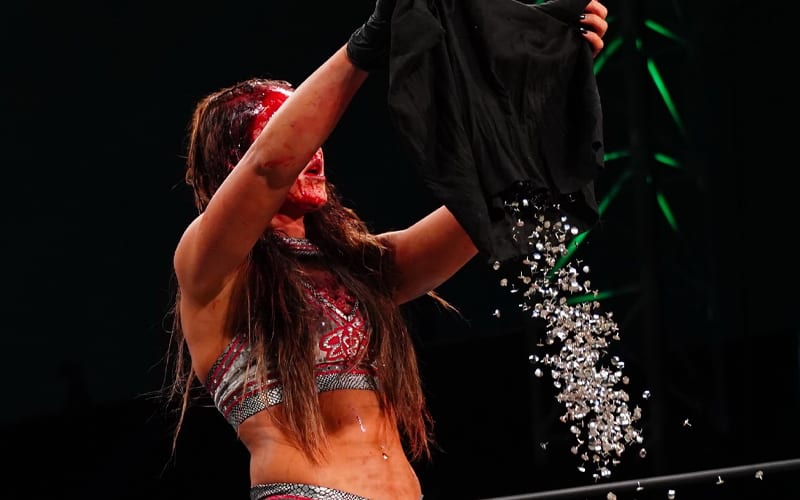 AEW concluded Dynamite this week with a stellar unsanctioned match that saw both Thunder Rosa and Britt Baker bleeding by the end of it. This match was heavily hyped, and it lived up to it in a big way. How many viewers did the match pull in?

We previously reported that AEW Dynamite beat WWE NXT this week in viewership. AEW has their main event to thank for that in a big way.

The Wednesday Night Wars could be coming to an end depending on what the USA Network does with their NHL deal. Tuesday might be the new home for NXT after WrestleMania, but no official announcement has been made about that yet. Looking at the numbers, it’s easy to see how both AEW Dynamite and WWE NXT could benefit from not having any direct competition.