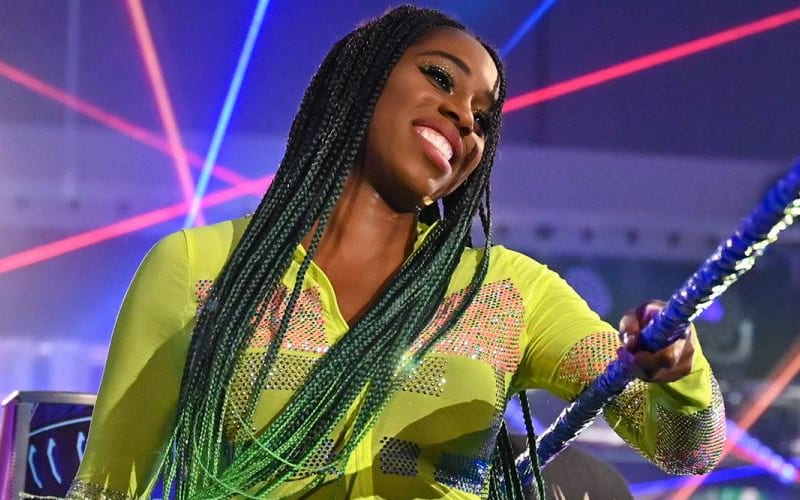 The Hurt Business has cemented itself as one of the most dominant groups in the history of WWE. Bobby Lashley, Cedric Alexander, Shelton Benjamin and MVP have shown the WWE Universe just how good they truly are. Now it seems a female WWE Superstar wants to join the group.

Former Women’s Champion Naomi is one of the top Superstars on Monday Night RAW and has been teaming up with Lana as of late.

WWE Champion Bobby Lashley took to Instagram and posted an inspirational quote that MVP had shared. He also tagged Lashley in the post.

“The real flex is how many people’s lives you can positively impact.”

Naomi noticed the post and then commented something that indicated her intentions of wanting to join the Hurt Business.

”He need to flex this way then lol,”

Having someone like Naomi in the group will certainly be a great addition. Bobby Lashley had mentioned in the past the group needs a female WWE Superstar and it seems that might just be Naomi.