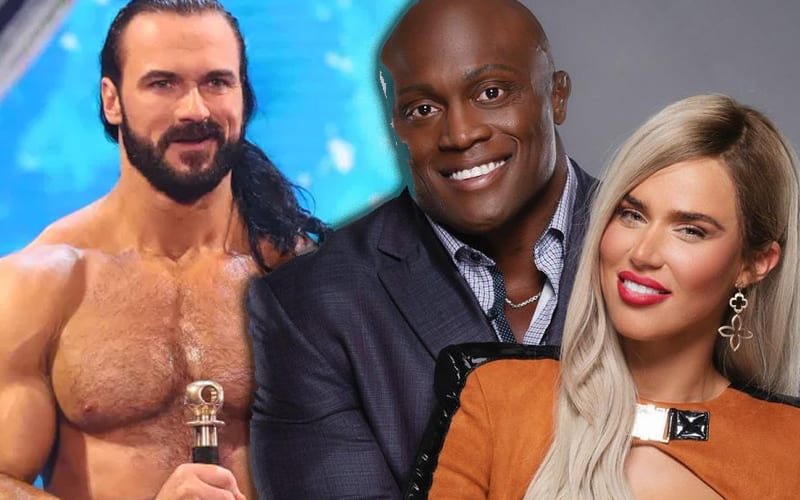 Bobby Lashley is WWE Champion heading into WrestleMania 37. He had to make it through a few interesting angles getting there, to say the least.

From Sami Zayn berating Lashley’s “sisters” to an affair with Lana, Lashley has seen a lot in WWE. Now he is champion and heading into the biggest match of his career. He intends to remain champion for at least a year, so Drew McIntyre has quite a fight in store for him.

While speaking to Spectrum 360’s Jon Alba, Drew McIntyre discussed how Lashley overcame last year’s “interesting” angle with Lana to reach the top of the red brand. This interview has not dropped publicly yet, but it is available on the Living The Gimmick patreon.

“Bobby was involved in a very interesting storyline, let’s say, last year with himself and Lana. Maybe at that point you wouldn’t see him in the world title picture. And he persevered, he never gave up. He’s got such a positive attitude, and he works like a beast in the gym. And sure enough, he teamed up with MVP, his full potential started coming out. And at the finish line instead of just challenging me like a man, and having a big title match and perhaps beating me, he decided to screw me out of the title.”

Bobby Lashley and Drew McIntyre have a few weeks to build toward the show of shows. They’ve already gotten started, but McIntyre still has Sheamus to deal with at Fastlane.

We will have to see what is in Bobby Lashley’s future, but he was reportedly promised a match against Brock Lesnar in 2018 when he signed with the company.

Thanks to Jon Alba for the quote