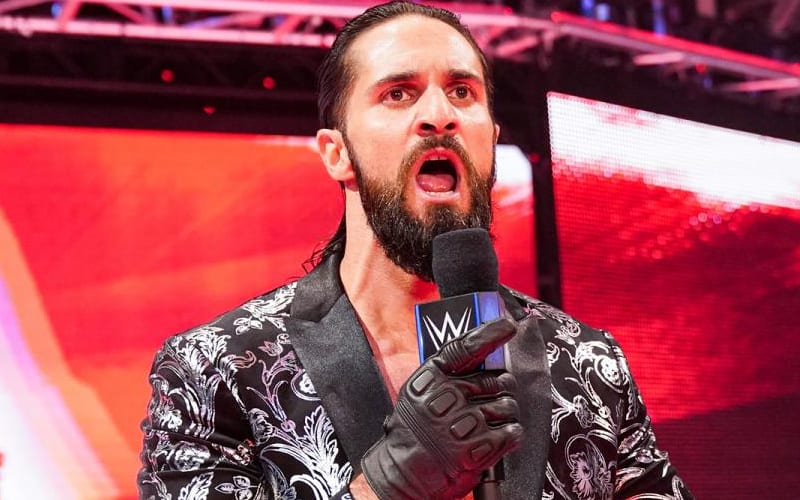 Ever since Seth Rollins came back to Friday Night Smackdown, he has been engaged in a heated feud with Cesaro. Many fans have been wondering whether the two will clash at WWE Fastlane.

However, it seems the two might be squaring off at WrestleMania 37. While speaking to Alex McCarthy of talkSPORT, Cesaro had a lot of praise to say about his feud with Seth Rollins.

However, something Cesaro said must have upset Rollins as he took to Twitter and unloaded on Cesaro in a series of anger-fueled tweets. This included him referring to what Vince McMahon said on ‘Stone Cold’ Steve Austin’s Broken Skulls Sessions a few years ago.

Vince McMahon said that lacked the IT factor and found it difficult to “connect with the fans” the way a top WWE Superstar should.

Cesaro is a COWARD! Used to be a really good friend and now look at him. Turned down MY HELP and now wants to RIDE MY COATTAILS INTO WRESTLEMANIA!?!!

VINCE WAS RIGHT about him. CAN’T care MY BOOTS. Don’t @ me. #EMBRACETHEVISION.”

Going by what Rollins and Cesaro said so far, it is likely the two will have an all-out war at WrestleMania 37. We will have to see how the company will book their feud.