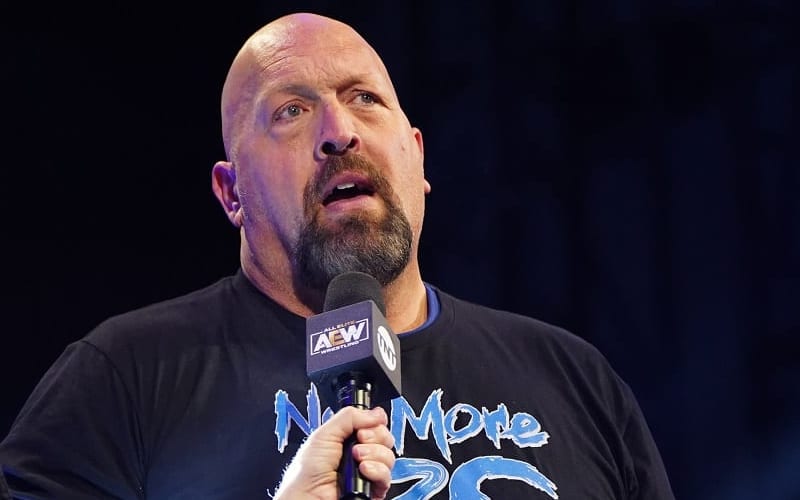 Paul Wight is a veteran in the pro wrestling world as he worked in the business for well over two decades.

While many WWE Superstars got lots of Merchandise for fans to buy, Paul Wight didn’t have nearly as many. That didn’t sit well with him it seems.

While speaking on Chris Jericho’s Talk Is Jericho podcast, Paul Wight talked about being perceived as someone who can’t sell merchandise in WWE. Wight believes that he deserved to have new merchandise like John Cena.

“It seemed apropos [the ‘No more BS’ shirt] because you’re trying to think… I never got merch [in WWE]. I got paid to sell tickets, not sell merch. ‘You’re not a merchandise guy.’ What does that mean? I’m the one that’s making John Cena look good… can I have a shirt too? But that’s the kind of thing, you know, you take those lumps and you [say] okay and move on. You accept it because it’s written on the wall, it’s written in stone, that’s the way it is.”

Paul Wight got his own t-shirt in AEW that has the phrase “No More BS.” We will have to see whether Wight will become a merchandise seller in AEW.