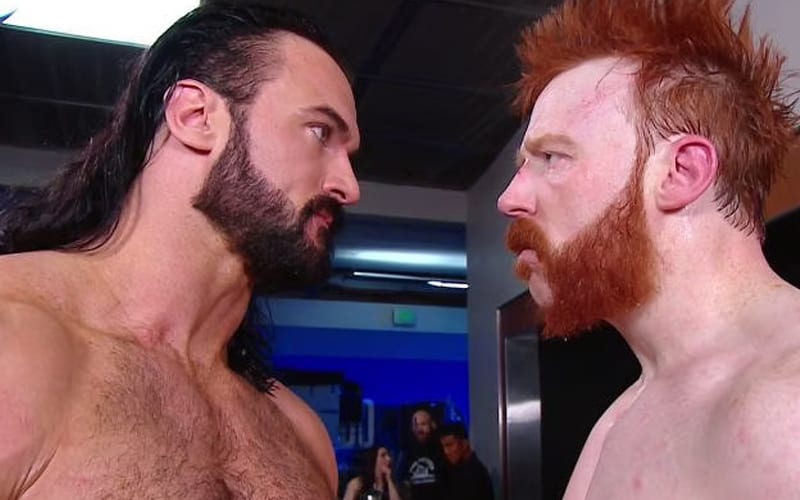 Sheamus and Drew McIntyre are set to do battle at Fastlane, but The Celtic Warrior had a lot to say on Twitter before the event. This caused McIntyre to smash the mute button on his old friend.

The Brogue Kick using Superstar tweeted out to complain about how small he looks in the Fastlane graphic compared to McIntyre. He pointed this out while calling McIntyre “golden boy.” Then another fan Photoshopped the picture to make Sheamus much larger.

“Better… handsome bastard to the fore. Haggis Head @DMcIntyreWWE to the rear,” Sheamus replied. McIntyre saw this tweet and he had enough of the notifications.

Muted. Keep screaming into the void fella, your obsession is creeping me out. I’ll see you Sunday, bring your best cause I’ve guaranteed everyone a war

We’ll have to see who comes out on top at Fastlane, but McIntyre seems to have won this round with the help of the mute button.