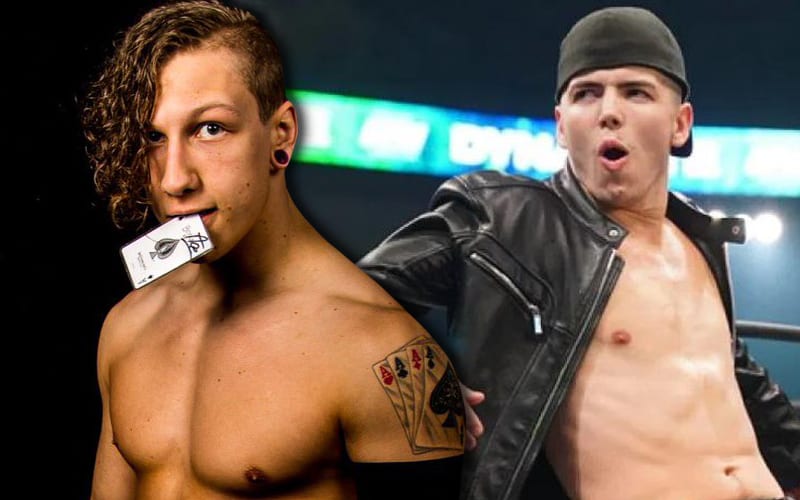 Sammy Guevara was supposed to appear for Impact Wrestling and work those television tapings, presumably leading to a match with Ace Austin. We’re not certain if Guevara and Austin were supposed to battle at Sacrifice, but Austin won the X-Division Title from TJP instead.

Ace Austin recently spoke to Sports Illustrated where they asked him about Sammy Guevara’s creative issues with Impact Wrestling. Guevara reportedly pitched himself to win the X Division title. Austin said that he doesn’t know about the details, but he did give away that a match between himself and the Spanish God was in the plans. He then promised that the match is inevitable.

“We never really know the full situation. All I know is that the public is excited to witness an encounter between myself and Sammy Guevara. That encounter is inevitable. I’m disappointed that it hasn’t happened yet, but that time will come.”

AEW and Impact Wrestling’s partnership will continue. We’ll have to see how the two sides can arrange Sammy Guevara vs Ace Austin, but fans shouldn’t lose hope about eventually seeing that match.