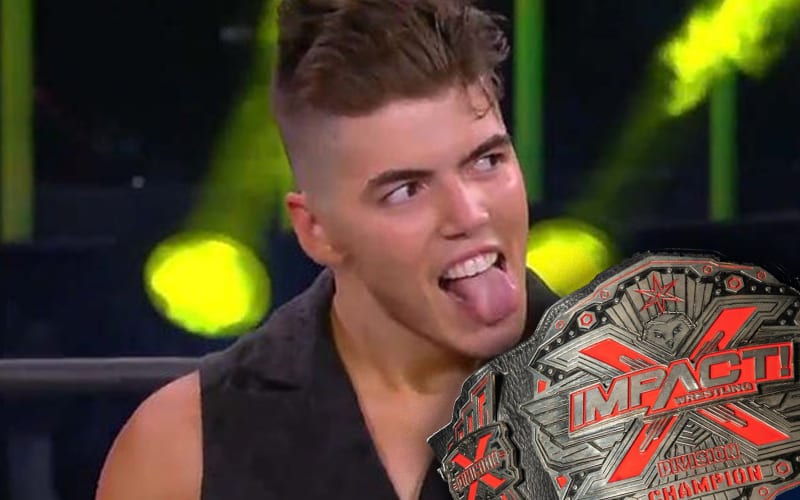 Sammy Guevara and Impact Wrestling couldn’t work out an arrangement. The Spanish God had his own booking ideas which he pitched to Impact Wrestling after Chris Jericho and Don Callis already had a plan in place. Guevara apparently wanted to do a little belt collecting while in Impact Wrestling.

According to the Wrestling Observer Newsletter, Sammy Guevara pitched to win the Impact Wrestling X Division Title. He wanted to take the title back to AEW, and never lose it. Then a new champion could be determined with a tournament.

Guevara suggested winning the X title. One story is that he wanted to win the title, and then return to AEW as having just won the title in Impact. He’d never lose it and it would go up in a tournament. Impact didn’t like that idea.

Impact Wrestling officials were reportedly upset at Sammy Guevara during this situation. They won’t be working with the Spanish God in the future, but it also makes you have to wonder how this situation would have turned out if they went with his idea.