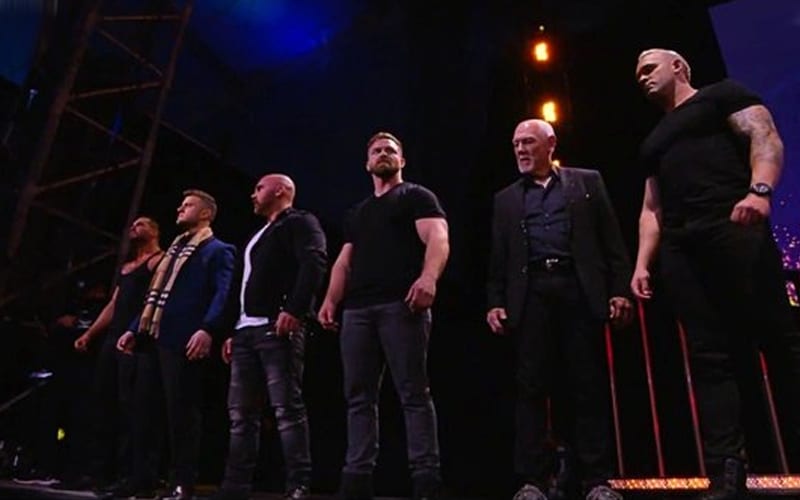 MJF introduced a new stable of heels this week on Dynamite. FTR, Shawn Spears, Wardlow, and Tully Blanchard will now battle The Inner Circle. This new faction must have a name to represent the idea behind the group.

Redditor SpaceForce1 is at it again. He dropped spoilers for next week’s Dynamite after it was made public that AEW was trying to track him down.

It was revealed in those spoilers that MJF christens the new group as “The Pinnacle.” We should probably expect Pinnacle t-shirts to start hitting the PW Tees on Wednesday.

This new stable raised a lot of eyebrows, and it was certainly a swerve. It also showed how much Tony Khan loves factions once again. Now we will have The Pinnacle around along with so many other groups to battle.