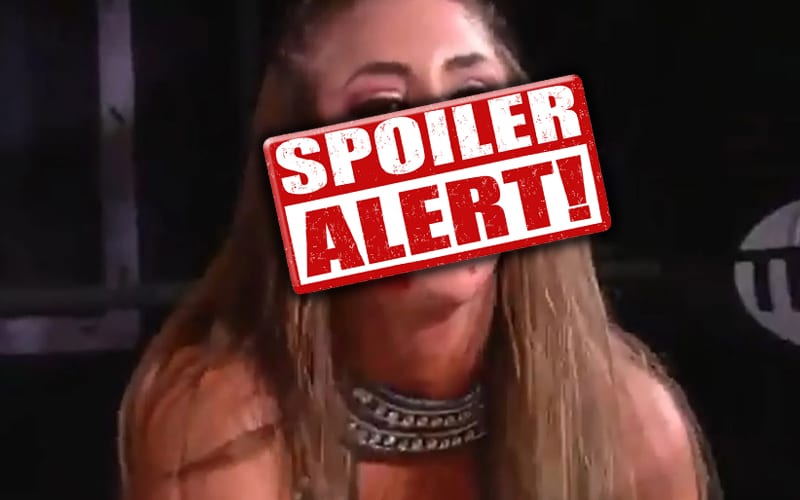 AEW has a big episode of Dynamite planned for next week with a women’s main event. That match is likely going to be insane to watch.

SpaceForce1 is at it again with more spoilers. You can click here for the COMPLETE SPOILERS for next week’s St. Patrick’ Day Slam special. One match was not spoiled during the infamous Redditor’s write-up.

The unsanctioned match between Britt Baker and Thunder Rosa was not spoiled. Instead, SpaceForce1 wrote a glowing review of the match that included an indication that Britt Baker is going to get very bloody in the main event next week.

“I’m not spoiling this match. You have to watch it. Some truly insane spots, including the finish. Britt was nearly unrecognizable at the end of the match. Standing ovation from the audience after the match and even after the cameras stopped rolling.”

AEW reintroduced blood to mainstream American pro wrestling, and they’ve had a few blood baths so far. This unsanctioned match could be one of those famous instances of AEW using “blood and guts.” The fact that we might see women bleeding during combat in a pro wrestling setting could also generate quite a bit of attention.

Stay tuned as we learn more about this situation.