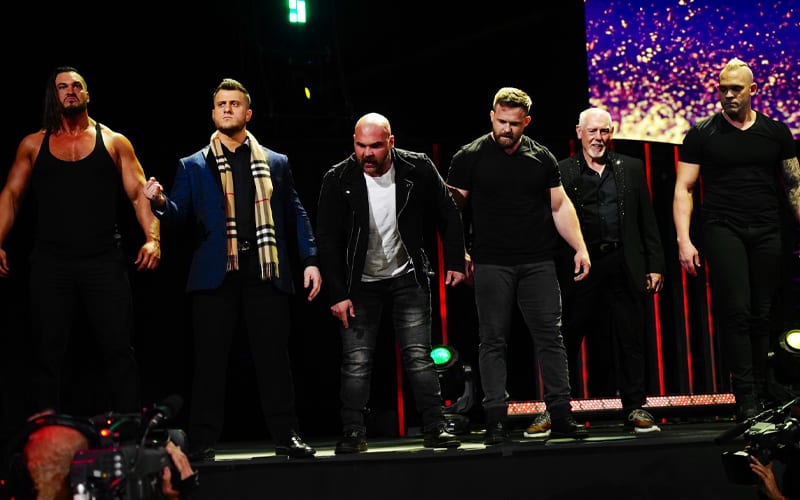 Update: Click here for a big spoiler on the NAME of MJF’s new stable.

Original: AEW pulled a swerve on fans this week to close out Dynamite. MJF debuted a new heel stable with Shawn Spears, FTR, Wardlow, and Tully Blanchard. They have not been given a name yet, but this new faction is determined to do some damage.

The Wrestling Observer Newsletter noted that a babyface Inner Circle vs this new faction could produce some interesting match-ups. It seems that MJF and Wardlow vs Chris Jericho and Sammy Guevara is the logical way to go. You also have FTR against Santana & Ortiz which is another exciting idea.

It looks like the key programs are MJF & Wardlow vs. Jericho & Guevara and FTR vs. Santana & Ortiz, which has the makings of a great program

This leaves AEW to figure out how to use Shawn Spears, but he can always ignite a rivalry against Jake Hager and see how that ends for him.

AEW’s new heel stable is just getting started, but they’ve already attracted quite a bit of attention already.