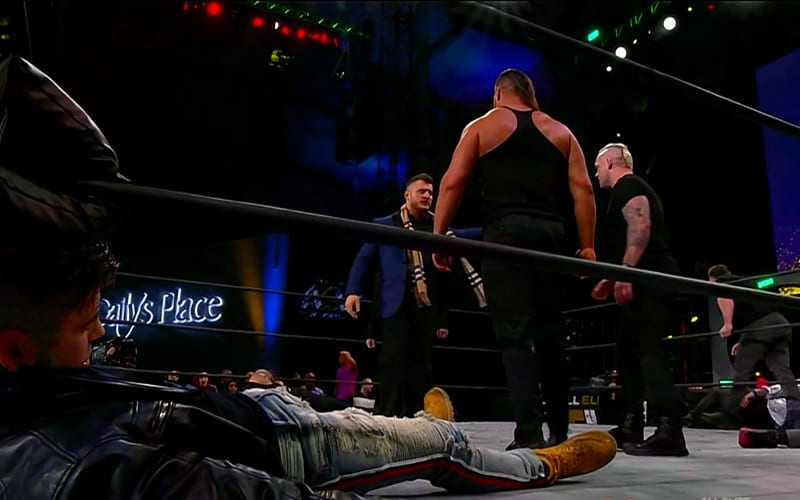 The Inner Circle’s War Council capped off Dynamite this week. It was quite a newsworthy segment.

Chris Jericho addressed the issues that the Inner Circle have been having. Then he suggested that they add a new member.

MJF spoke up and suggested that they let someone go instead. Suddenly, Sammy Guevara showed up, and he had a confident look on his face. Jericho told Sammy that he’s dead to them. Then Guevara said he has footage to show Jericho.

They played hidden camera footage that showed the Inner Circle agreeing to kick Jericho out of the faction at MJF’s suggestion. MJF then told the Inner Circle the “get ’em,” but then they turned on MJF instead.

It was the OG Inner Circle against MJF. Jericho told MJF to “shut up you stupid son of a bitch.” Then Jericho shoved MJF and took him out of the Inner Circle by firing him.

MJF said that he doesn’t want to take over Jericho’s Inner Circle because “I was too busy building my own.” Suddenly, the lights went off. When they came back on, FTR, Wardlow, Shawn Spears, and Tully Blanchard showed up behind the Inner Circle.