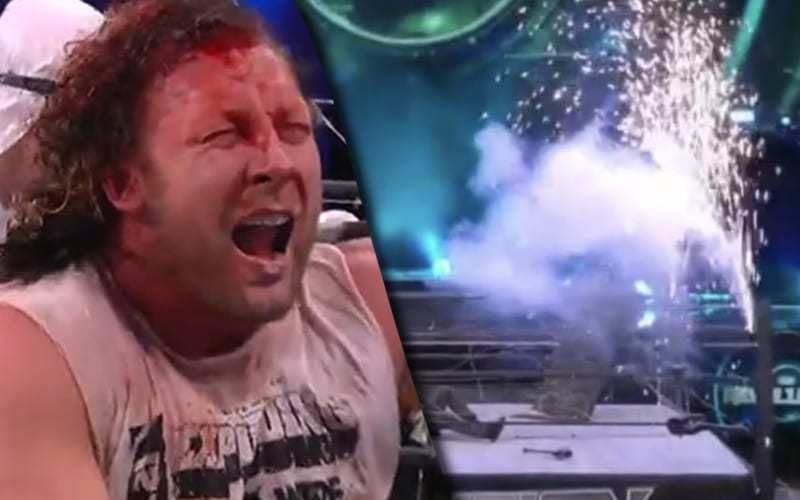 AEW Revolution ended with fans booing in Daily’s Place and chanting for a “refund.” The exploding barbed wire deathmatch did not end the way anyone expected it to, unless they were hoping for snakes and sparkers instead of a big boom.

Kenny Omega was furious after the dud explosion at Revolution. He obviously calmed down a bit.

The Wrestling Observer Newsletter included a statement from Kenny Omega where he addressed the dud explosions from Revolution. He said that they were “impressive” during rehearsals, but things just didn’t work out at showtime.

“Yeah, it was really deflating to do so much preparation, test the explosions, have them be impressive in the rehearsal, and then have it be something so much different than what was promised.”

“It made me appreciate everyone who worked hard and did their part even more, though. But like you said, we really wanted to have a good one, and we added real barbed wire to help with the feeling of danger so we really risked a lot. Again, I loved the match, glad we did it, sucks about the finale.”

Although the chances were slim, you can never guarantee that a bomb isn’t a dud until you try to make it explode. Unfortunately, there was no backup plan that night. AEW did test their bombs several times before the event, and it went great. This is a situation that boils down to the simple fact that the odds were against them.