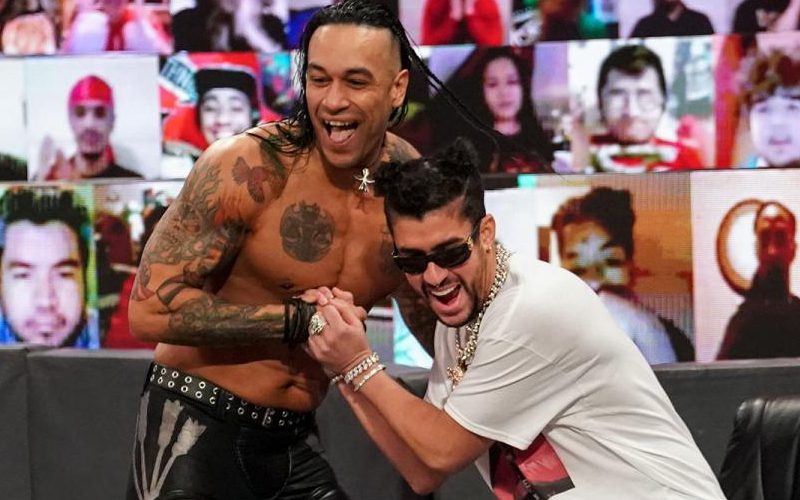 Damian Priest and Bad Bunny have quite a partnership on WWE television, and Priest is very happy to be a part of helping the famous rapper live out his dreams.

While appearing on WWE The Bump, Damian Priest was asked about his buddy Bad Bunny’s time in WWE so far. He also expressed happiness that he gets to be a part of Bad Bunny living his pro wrestling dreams.

“Man, it’s super cool. As humbled and grateful I am for all this stuff, it’s also cool to see someone experience the same thing. You know he’s having fun, he’s having a blast. He’s doing something that he loves, like he’s loved this business since he was a kid. So, I get to see that first-hand and I see his enjoyment and I can help him and guide him through.”

Priest went on to say that “selfishly, it’s kinda cool” that he gets to enjoy his own experience and the great time Bad Bunny is having as well. He said that they are “legit friends” and them goofing around backstage often makes WWE point the camera at them to capture their organic banter. “We’re living it up.”

We’ll have to see what’s next for Bad Bunny and Damian Priest. They are certainly enjoying themselves so far.