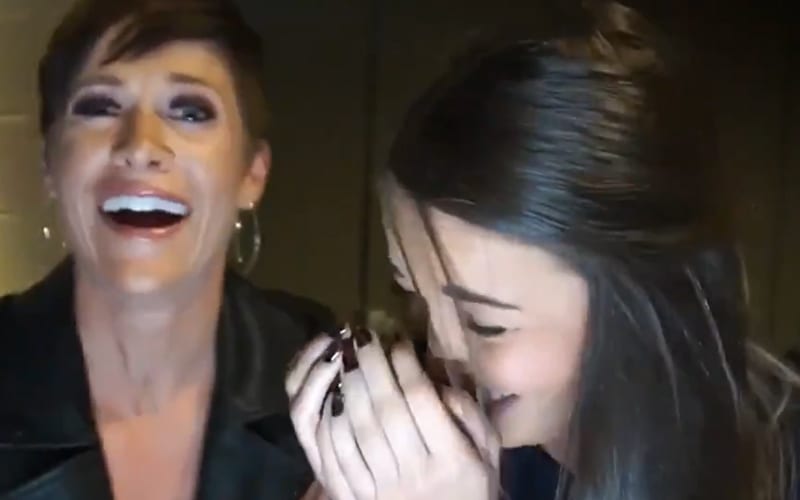 WWE Superstars all had their favorite wrestlers growing up, and Tegan Nox says she wouldn’t be wrestling today if not for Molly Holly. The first time they met was a pretty great experience captured by one of WWE’s cameras.

Molly Holly was announced as the first inductee in the 2021 WWE Hall of Fame. This is a huge honor and well-deserved. While on WWE The Bump, they played a clip for Molly Holly where she met Tegan Nox for the first time, and it brought the NXT Superstar to tears.

Holly said that she’s met Tegan Nox a few times since, but their first interaction was pretty epic. Nox cried as she told Holly that she wouldn’t be wrestling today if it wasn’t for her. This footage was taken when Nox was an NXT new-comer and she got very emotional meeting her hero.

After watching the footage, Molly Holly said it choked her up a little bit as well. You can check it out below.