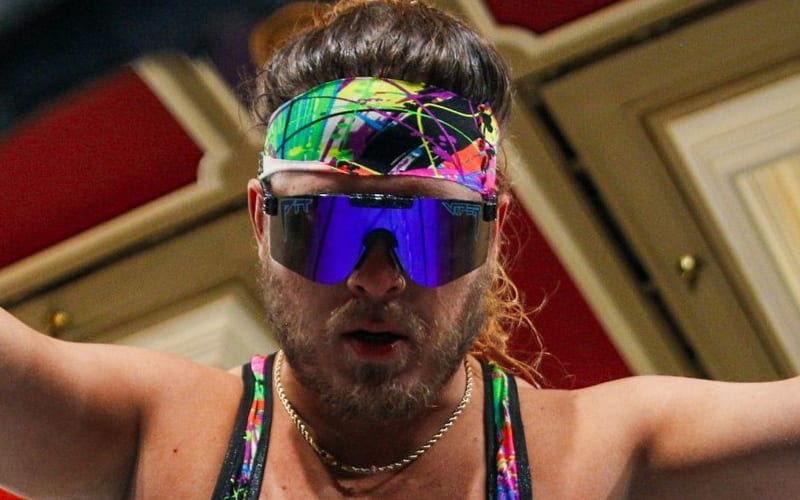 Joey Janela is a polarizing character in AEW. He hasn’t wrestled much in 2021 due to an injury, but the Bad Boy is still ready to go on Twitter.

Janela tweeted out to address fans who think that he sucks at wrestling. He wished “the most severe never ending case of strep throat” on them. Then Joey Janela followed that up with, “maybe death too, tbh.” That was quite a message to haters.

All fans 100% have an right to an opinion, but I also have the right to say that wrestling fans that think I suck at wrestling deserve the most severe never ending case of strep throat….

We’ll have to see what Joey Janela does next in AEW. There is still time in 2021 for him to have some fun matches, especially with the company introducing the new AEW Dark: Elevation and second TNT program.

As for his haters, Joey Janela has a way of dealing with them.