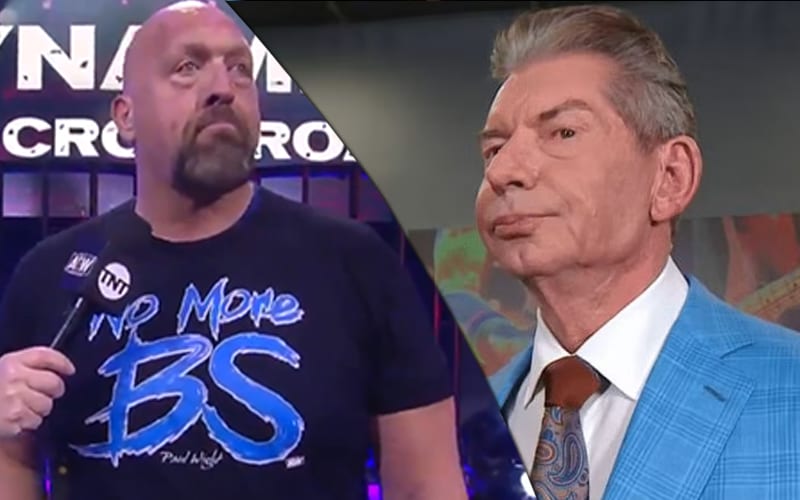 When it was officially announced that ‘Big Show’ Paul Wight signed with AEW, the collective pro wrestling world lost its mind. Several of the former WWE Superstars colleagues reacted to his departure from the company.

It seems even WWE Chairman Vince McMahon did as well. During the media call after the conclusion of AEW Revolution, Paul Wight claimed that Vince McMahon called him after AEW announced his signing.

Wight said that Vince McMahon no animosity or anger towards him and in fact, McMahon wished him well and agreed that Wight would be a big asset to AEW.

“Here’s the thing, Vince actually called me the day it was announced that I signed with AEW, wished me a lot of luck, agreed that I’m a big asset to AEW and thanked me for all the years I worked in WWE. There’s no animosity, there’s no anger, there’s no dirt, so to speak. This just came down to, you know, contract negotiations and opportunities. Let’s face it, over 20 years in WWE, I have done everything there is to do, in WWE. I needed a fresh start, and for me, Vince understands that and understands me as a talent, and this was an opportunity for me to do that.”

During AEW Revolution, Paul Wight’s ”Hall Of Fame worthy” signing was revealed, as it turned out to be none other than Christian. We will have to see how Paul Wight and Christian fare in AEW.