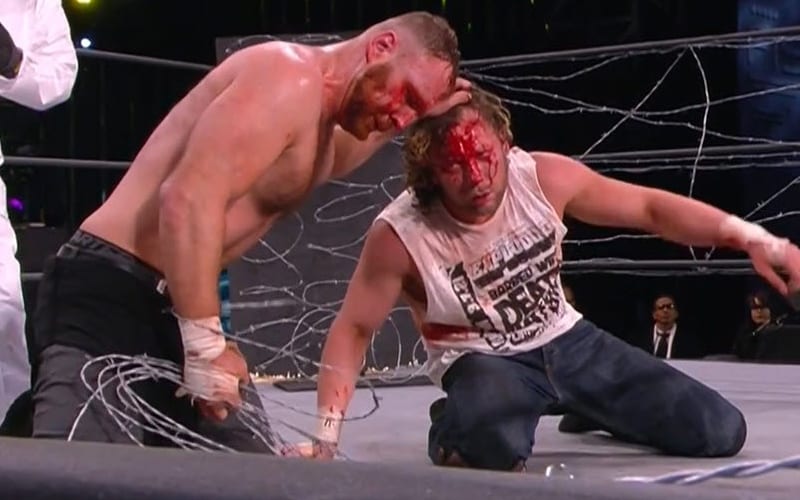 Jon Moxley and Kenny Omega tore each other up in the exploding barbed wire deathmatch at AEW Revolution. The ending explosions were not loved at all, but the intensity from Mox and Omega was evident throughout the match.

Following the pay-per-view, Tony Khan was asked about Moxley and Omega’s conditions during the media scrum. Khan confirmed that both competitors are okay after such a dangerous match.

“Both guys are great. Honestly I’m glad neither came out with a serious injury because it was a really scary match and they both put themselves at risk for a huge pay-per-view main event. I think it was awesome. It was a great spectacle and we’re all lucky that the bomb going off at the end didn’t really hurt anybody.”

Tony Khan then talked about how Kenny Omega “drew up the plans” in storyline. Therefore, the dud explosion at the end is now going to be part of the storyline. This could be interesting, but the jury is still out on whether they will hole another exploding barbed wire deathmatch any time soon.