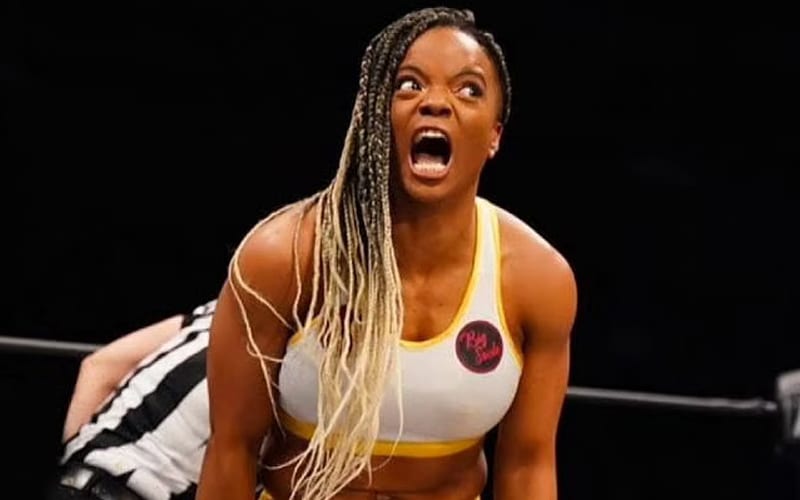 Big Swole was positioned to be a big name for the AEW women’s division, but 2021 has not been her year. She was not injured, but she’s been suffering from illness instead.

During the media scrum following AEW Revolution, Tony Khan revealed that Big Swole has been suffering from Crohn’s Disease. A recent flare-up kept her out of the ring for a majority of 2021 so far.

“She was the top contender at one point. She got a title shot. She didn’t beat Shida, but she had a great match and she’s had a lot of great matches. I really like Swole. In 2021 she hasn’t really been active. She’s been sick and she’s had Crohn’s Disease keeping her out and she has not been ranked, because as you know we reset the rankings every year consistently for everybody.”

Tony Khan said that Big Swole was out when they started the Women’s World Championship Eliminator Tournament due to a “flare-up with her Crohn’s.” Hopefully, she will start feeling much better and get back in action to start a rise up the women’s division rankings once again.